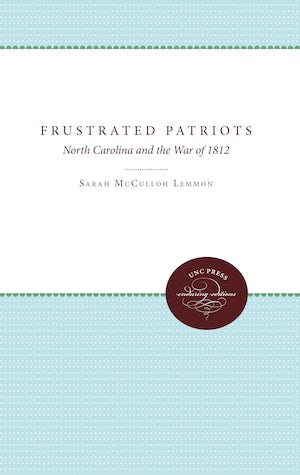 Although North Carolina provided its share of finances, supplies, and volunteers for the regular army and for the state militia, those who served found themselves ill-equipped, poorly fed, and stationed in unhealthful locations. The chief results of the war were injurious: state defense debts were never paid by the federal government, efforts at establishing industry were abortive, and the removal of the Indian menace in the West lured a number of young leaders to greener pastures so that the state became the Rip Van Winkle" state for several decades.