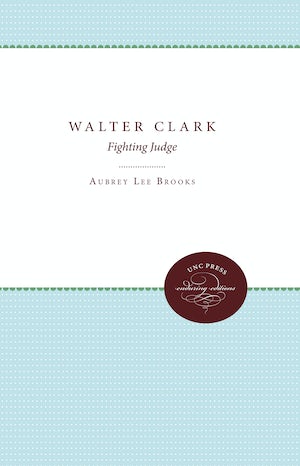 In this life of Walter Clark, the author tells of an antebellum boyhood on a Carolina plantation and a long career of involvement in the bitterest sociopolitical battles the state of North Carolina has known, which won Clark a national reputation as a liberal noted for his straight thinking and his clear speaking.