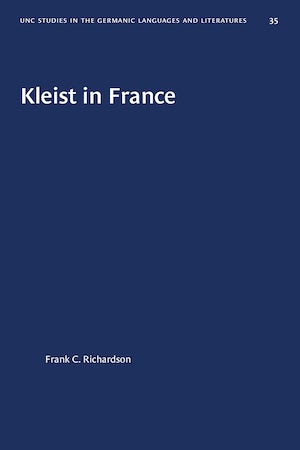 From Madame de Staël, Dumas, and Taine, to Giraudoux, Adamov, Ionesco, and the existentialists, this study provides a fascinating account of the progress of Kleist's reception in France from complete rejection in 1807 to spectacular critical and public acclaim in the 1950s. Richardson argues that Kleist's success in France disproves the traditional idea that his work is "unexportable" and shows the conditions that led to his positive reception outside Germany.