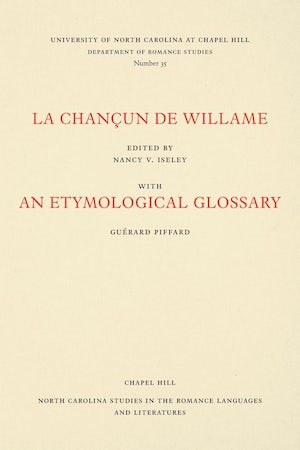 La Chançun de Willame is an Old French epic poem written before 1150 concerning Vivien's resistance to an invading Moslem army and the efforts of his uncle William to rescue him. The poem has a second part dedicated to the activities of a kitchen boy named Reneward in the same battlefield. This volume, edited by Nancy V. Iseley, includes an etymological glossary by Guérard Piffard.