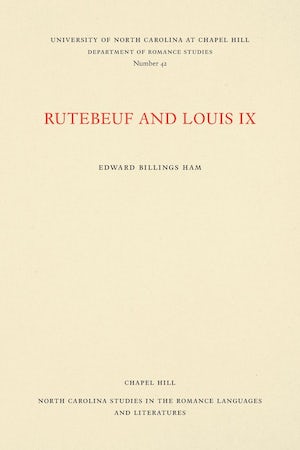 Rutebeuf was a thirteenth-century French troubadour. This work examines his portrayals of Louis IX, who he considered to be a fanatic. The prose of Rutebeuf, Edward Billings Ham argues, calls attention to the king’s avarice and political ineptitude, and to the self-interest of his counselors and their preposterous incapacity for war.