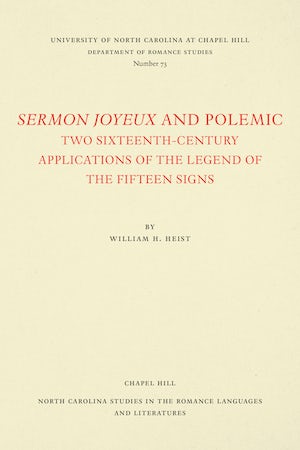 These two anonymous French poems indicated that the medieval legend of the Fifteen Signs Before the Judgment still had a place in the intellectual background of the sixteenth century. They reveal the legend's decaying status as well as suggests its new uses, catching the Renaissance in the course of its transition from medieval to modern.