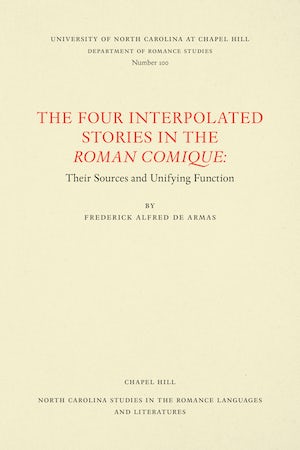 Seventeenth-century French author Paul Scarron's Roman comique has often been dismissed by critics as episodic and disorganized. This, in part, stems from four interpolated stories which Scarron included and which, according to many critics, have no relation to the novel's plot. Here, after studying the original Spanish versions of these nouvelles, Frederick Alfred de Armas argues that Scarron made changes to the originals to parallel the tone and underline the theme of the overarching story, thus unifying the novel as a whole.