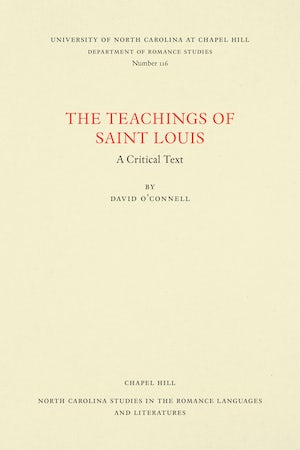 David O’Connell’s study seeks to serve as the final word on which version of the Enseignements de Saint Louis can claim ultimate authenticity. Through an analytical comparison of the three families of the Teachings and an historical overview of the critical controversy surrounding the texts, O’Connell argues for the authority and historicity of the Noster manuscript.