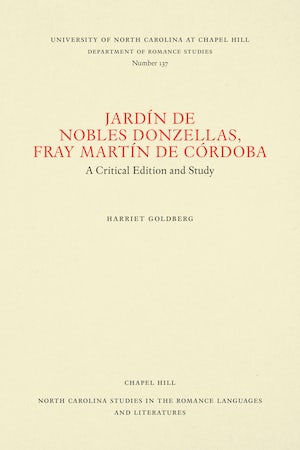 This excellent critical edition and study of Fray Martín de Córdoba’s 1468 treatise on women, Jardín de nobles donzellas, is its first printing since 1500. Beyond the introduction of this mold-breaking text to a contemporary audience, Harriet Goldberg’s work offers an important addition to critical studies of fifteenth century didactic modes. The model offered in this volume illuminates the tensions in this pivotal moment of Spanish history.

The Jardín de nobles donzellas, for its part, is of particular interest due to its difference from the gyneolatry standard in contemporary works treating with noble women. Instead, this text is focused on the demonstration that women are fit to rule. Further, though the text engages with the courtly pro-feminist / anti-feminist debate, as well as the tradition of “advice to princes,” it argues neither in favor of nor against the concept of a female monarch. Instead, and thereby demonstrating the sociopolitical climate in which it was written, Jardín de nobles donzellas serves to underscore the legitimacy of Isabel (the Catholic) as heir to the crown that would soon be hers. 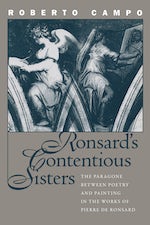