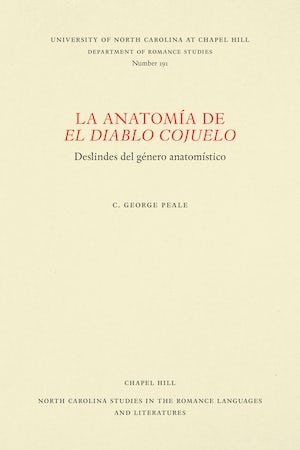 Freeing himself from the conflicting doctrines of novelistic interpretation, George Peale’s innovative study separates El Diablo cojuelo from other Iberian prose works of its time, striking against the critical tendency to align the text with either Lazarillo de Tormes for its picaresque qualities, or the Celestina, for its novelistic ones. Instead, this volume, by re-examining the generic elements of El Diablo cojuelo, establishes it as an Anatomy, a style of deconstructive satire born in the sixteenth century. A welcome addition to the critical canon on early Iberian fictional prose, this book serves scholars of the peninsula at all levels, breaking down barriers and joyously complicating the categorization of narrative.