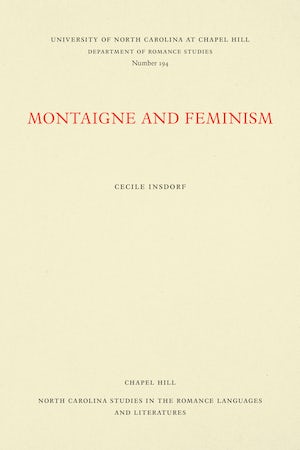 Insdorf challenges the notion of Montaigne as an antifeminist by exploring both the feminist and antifeminist concepts apparent in Montaigne’s work. By doing so, she does not aim to characterize him as a feminist, but rather to expose the duality of his complex intellect. The first part of the book explicates possible societal and historical influences on Montaigne’s views of women, including the role of women in France during the Middles Ages, the Renaissance, and Antiquity. In the second part of the book, Insdorf provides examples of Montaigne’s relationships with women as well as an analysis of his concept of womanhood found in his Essais.