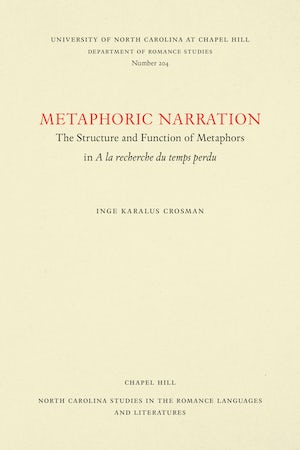 In this distinctive gem of Proustian criticism, Inge Karalus Crosman defines the function of metaphor within the text. Given the metaphoric saturation of Proust’s textual construction, Crosman’s key to a universal interpretation is narrowed to those metaphors that build up Proustian time itself. This book, well based in extant criticism, moves systematically through discussion of the most simple metaphors to the most complex and compound. Crosman’s masterful analysis and deconstruction leads the reader to the double function of metaphor: the narrative and the cognitive.