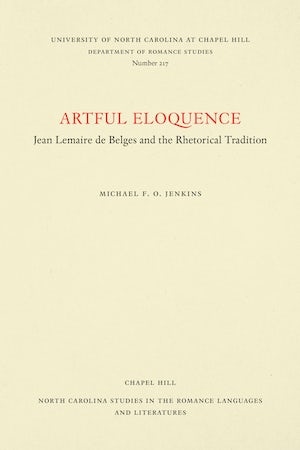 Jenkins challenges the notion that Lemaire’s recourse to rhetoric was an artistic failure, arguing that rhetoric was actually his success. He demonstrates the importance of rhetoric in pre-Renaissance French literature, filling a crucial gap in previous scholarship. Jenkins provides an overview of rhetorical tradition and Lemair’s knowledge of it before performing an analysis of some of the rhetorical aspects of Lemaire’s writing.