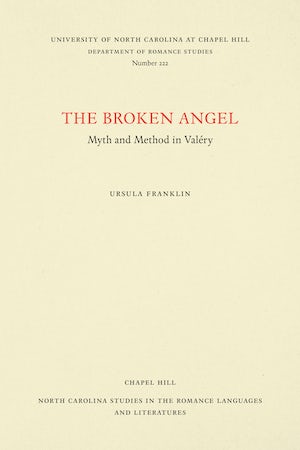 The Broken Angel is the first book-length examination of a mythopoetic configuration that pervades Valéry’s entire textual universe. The Angel is linked to almost every one of its themes and informs all of its modes, which, in turn, form and deform it. In delineating the textual traces of these transformations and the construction and destruction of the symbolic figure inherited from tradition, Franklin links its défigurations to Valéry’s method of composition: the weaving of anterior segments into texts, many of which remain open-ended and fragmentary. She shows how the broken form of Valéry’s texts on the Angel is conditioned by the very tensions inherent in the theme. These tensions are disclosed by a reading that also reveals the existential situation and psychological predispositions of an Ego scriptor whose Broken Angel emerges from broken texts.