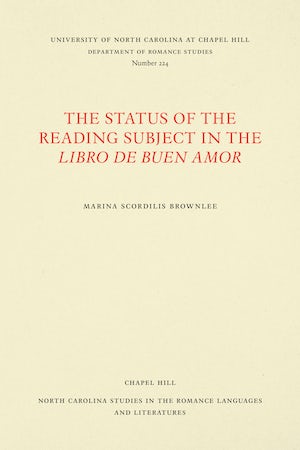 The undisputed masterpiece of fourteenth-century Spain by Juan Ruiz, Archpriest of Hita, affords a particularly privileged locus for Marina Scordilis Brownlee’s implementation of reader-response theory. As opposed to many medieval authors, Ruiz explicitly refuses to prescribe interpretation for his readership (as evidenced by his programmatic rewriting of Augustine's Confessions) a fact that has led to widely divergent critical readings of his fictional biography.