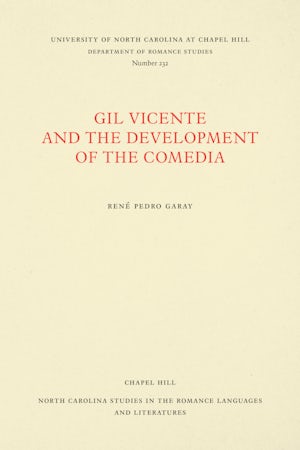 Through a formalist, structuralist analysis, René Pedro Garay defines the Vicente comedias against their socio-historical backdrop, and the literary milieu that witnessed their creation. By doing so, Garay defends the un-Aristotelian medieval tradition, tracing the theory behind Vicente’s comedies through Dante and the pre-sixteenth Century Iberian tradition, and placing it in the trajectory towards the birth of the Renaissance. He then charts this humanist comedic structure in two plays, the Comédia de Rubena and Comédia do viuvo, corroborating Vicente’s role in determining the form of subsequent comedic drama in Spain.