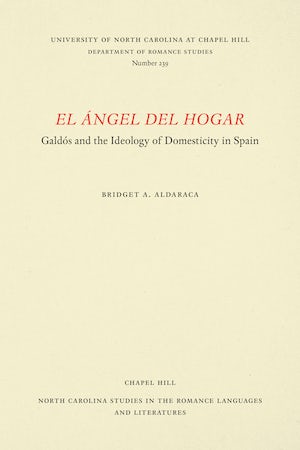 In this study exploring the ideology of domestic life in Spain, Bridget Aldaraca breaks new ground in the study of women, ideology, and the realist novel. Among other themes, she investigates the period’s changing concepts of the family, women's roles in society, the division of social space into private and public spheres, and attitudes toward conspicuous consumption, sexuality, and mental illness. Aldaraca begins by charting the evolution of women’s roles within the family from the Spanish Counter-Revolution, through the Enlightenment, and up to 1900. She then analyzes the personification of the feminine ideal through the literary creation of "the angel of the house" in the novels of the nineteenth-century writer Benito Pérez Galdós. In addition to its insights about this ubiquitous nineteenth century figure, this book serves to introduce Anglophone scholars to some of the great literary and ideological questions of nineteenth-century Spanish studies.