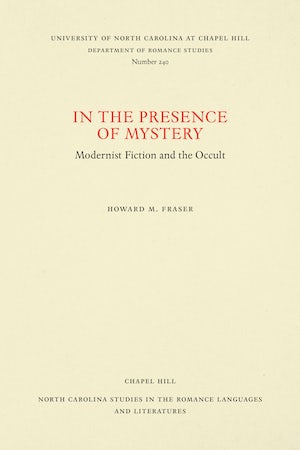 This study is devoted to the manifestations of the occult in modernist Hispanic short fiction, particularly that of Manuel Gutiérrez Nájera, Rubén Darío, and Leopoldo Lugones. According to Howard Fraser, modernist fiction exhibited a coherent, thoroughgoing spiritualist experimentation as an antidote to bourgeois materialism. The fascination that such areas as alchemy, theosophy, and the supernatural held for these modernist writers expressed not only a residual Romantic literary sensibility, but also the influence of numerous spiritualist movements around the world. In this regard, the modernistas show a spiritualist attitude toward the Beyond, what Joseph Campell has called "a dimension of the universe that is not available to the senses ... the recognition of something [in nature] that is much greater than the human dimension."