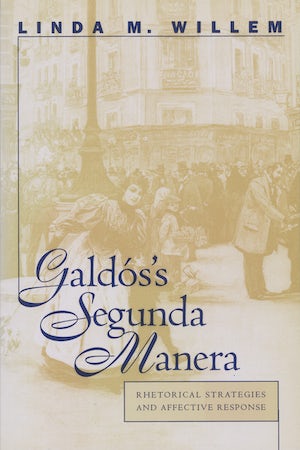 This book explores the change that occurred in the writings of Spanish novelist Benito Pérez Galdós when he entered his segunda manera in 1881 with the publication of La desheredada, his first contemporary novel. Critical work on this important phase of Galdós's career has tended to concentrate on the content of his novels, with little attention given to the way in which Galdós conveys that content to the reader. By studying these works in light of how their stories are told, Linda Willem shows that La desheredada marks the beginning of a more sophisticated and varied mode of narrative in Galdós's novels. Through close readings of his first seven contemporary works, Willem shows how the affective response associated with various narrative devices plays a role in the rhetorical strategies of each text.