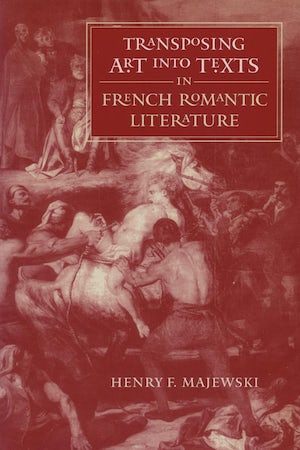 This book examines literary representations of various art forms in a series of major texts from the Romantic period of French literature (1800-1850). There has been considerable recent critical interest in intermediality--and specifically in ekphrasis, or the verbal representation of a visual work--in Western European literature, but little attention has been given to French writers in this tradition. French poets and novelists made a concerted effort, however, to develop interarts relations in the first half of the nineteenth century, even before Baudelaire articulated his famous concept of the correspondences among the arts. Henry Majewski explores efforts to represent and interpret various artworks in poems and novels by a diverse collection of writers including Hugo, Gautier, Michelet, Nerval, Sand, and Balzac.