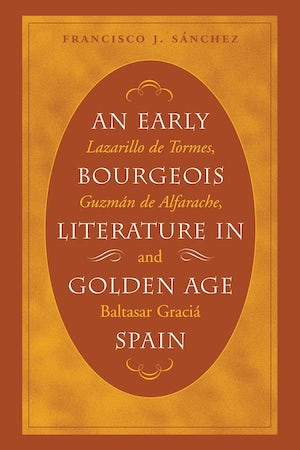 Using the term república to describe an economic sphere of social life under the constrictions of both the monarchy and the privileges of the seignorial system, Sánchez investigates notions of person, culture, and life in these texts. He also analyzes the formation of a private sphere of social action and the emergence of a literary sphere to represent early bourgeois values and sensibilities. Sánchez argues that this literature represents culture as intellectual and verbal skills for the social and economic advancement of a Christian but secularized person.

Francisco J. Sánchez is associate professor of Spanish literature at the University of Iowa in Iowa City.