Moderating Masculinity in Early Modern Culture proposes a definition of gender based on a ternary model in which moderation and masculinity are inextricably linked. Like the Aristotelian virtue of moderation, which requires the presence of excess and lack in order to exist, what Todd W. Reeser terms "moderate masculinity" requires two non-moderate others--one incarnating excess and one embodying lack--for its definition. This type of alterity takes a number of different forms--including women/effeminacy, the new world native, the nobility, the hermaphrodite, and the sodomite. The book begins with a reading of this brand of masculinity in Aristotle and then proceeds to textual analyses of canonical and non-canonical writers of the Renaissance, such as Rabelais, Montaigne, Erasmus, Léry, and Artus. These writers are placed in dialogue with key cultural sites where this unstable model operates--especially pedagogy, marriage, male-male friendship, travel narratives, politics, etymology, and rhetoric. With its interdisciplinary implications, Moderating Masculinity should be of interest to students and scholars in gender studies, Renaissance/early modern studies, and French studies. 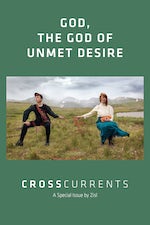