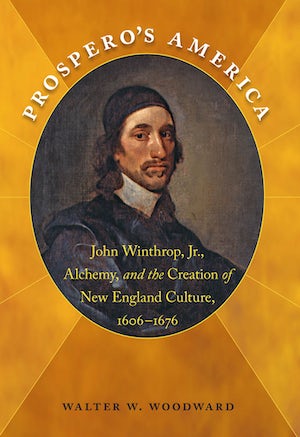 "In his fine biography . . . Woodward's portrait of the younger Winthrop illuminates a particularly rich seventeenth-century life; one that clearly strides in the direction of the Enlightenment, if it does not have one foot there already."--Times Literary Supplement

"[A] wide ranging study. . . . An excellent, adventurous introduction to the place of alchemy in early New England culture and by far the best scholarly integration of Winthrop's alchemical interests with his other pursuits."--American Historical Review

"A milestone in the study of John Winthrop Jr. . . . A first-rate study that radically changes our understanding of the younger Winthrop."--Journal of American History

"The story is good, revealing how the scientific method emerged from empirical alchemy and giving a brilliant new interpretation of Winthrop's supposed change in attitude toward colonial potentials in his later years."--Early American Life

"Woodward has written two books in one--a new biography of John Winthrop Jr. and a groundbreaking examination of the importance of alchemy in the first decades of New England's settlement. . . . An important contribution."--New England Quarterly

"In a strikingly alchemical mixture, this book combines politics, economics, science, industry, warfare, and religion, and manages to create that most treasured of prizes--a fascinating portrait of a man who, while not unknown, is not as well known as perhaps is appropriate. . . . Readers will find many of their assumptions about Puritan New England challenged and ultimately revised. . . . Highly recommended."--Choice