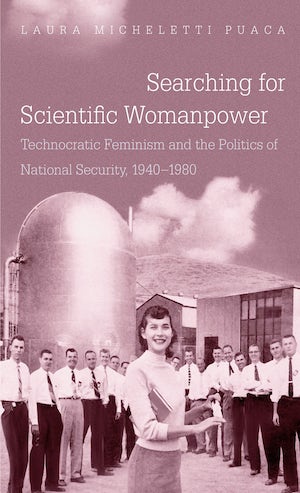 This compelling history of what Laura Micheletti Puaca terms "technocratic feminism" traces contemporary feminist interest in science to the World War II and early Cold War years. During a period when anxiety about America's supply of scientific personnel ran high and when open support for women's rights generated suspicion, feminist reformers routinely invoked national security rhetoric and scientific "manpower" concerns in their efforts to advance women's education and employment. Despite the limitations of this strategy, it laid the groundwork for later feminist reforms in both science and society. The past and present manifestations of technocratic feminism also offer new evidence of what has become increasingly recognized as a "long women's movement."

Drawing on an impressive array of archival collections and primary sources, Puaca brings to light the untold story of an important but largely overlooked strand of feminist activism. This book reveals much about the history of American feminism, the politics of national security, and the complicated relationship between the two.

“Aims to incorporate wartime and cold war conversations about women in science within the more family activism of the 1960s and ‘70s.”--Women’s Review of Books

“An important contribution to the history of women and science in the mid-twentieth century.”--The Journal of American History

“Ably sketches the broad historical outlines of the decades in question, providing color with anecdotes from women scientists and engineers that readers will find variously touching, humorous, and distressing. . . . Despite being history, Searching for Scientific Womanpower could not be more timely and relevant.”--Studies in Intelligence

“Stands as a telling testimony that much is left to be done in achieving full equity between women and men in science and engineering. . . . Deserves a wide readership.”--Isis Journal

"A superbly researched and gracefully presented study of how activist women in the sciences, in conjunction with sympathetic allies in a few mainstream feminist-oriented women's organizations, utilized the language and cause of national defense and full manpower utilization to promote 'scientific womanpower' from World War II through the Cold War. Puaca demonstrates how in an era and in professions hostile to gender inclusivity, women such as Virginia Gildersleeve and later Mary Ingraham Bunting energetically worked to expand the token number of women in math, science, and engineering. . . . Her narrative has special resonance in our current era of slashed research budgets when gains of earlier activists can no longer be taken for granted."--Jane Sherron DeHart, University of California, Santa Barbara

"By covering such a wide chronological scope--1940 to 1980--Puaca traces technocratic feminism into eras such as the 1970s where other historians have found its impact to be less obvious. Doing so allows her to make important contributions to both the history of feminism and the history of scientific development."--Linda Eisenmann, Wheaton College

Read: In a guest blog post, Puaca discusses how the recent identity theft of millions of Target customers brings home the importance of a national security policy that is increasingly shifting toward cybersecurity. Read "Shopping and the New National Security Frontier." 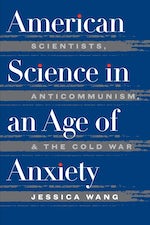