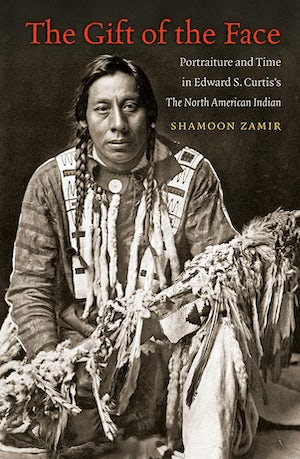 Edward S. Curtis's The North American Indian is the most ambitious photographic and ethnographic record of Native American cultures ever produced. Published between 1907 and 1930 as a series of twenty volumes and portfolios, the work contains more than two thousand photographs intended to document the traditional culture of every Native American tribe west of the Mississippi. Many critics have claimed that Curtis's images present Native peoples as a "vanishing race," hiding both their engagement with modernity and the history of colonial violence. But in this major reappraisal of Curtis's work, Shamoon Zamir argues instead that Curtis's photography engages meaningfully with the crisis of culture and selfhood brought on by the dramatic transformations of Native societies. This crisis is captured profoundly, and with remarkable empathy, in Curtis's images of the human face. Zamir also contends that we can fully understand this achievement only if we think of Curtis's Native subjects as coauthors of his project.

This radical reassessment is presented as a series of close readings that explore the relationship of aesthetics and ethics in photography. Zamir's richly illustrated study resituates Curtis's work in Native American studies and in the histories of photography and visual anthropology.


For more information about Shamoon Zamir, visit the Author Page.