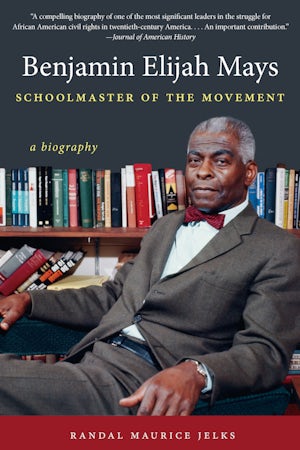 In this first full-length biography of Benjamin Mays (1894-1984), Randal Maurice Jelks chronicles the life of the man Martin Luther King Jr. called his "spiritual and intellectual father." Dean of the Howard University School of Religion, president of Morehouse College, and mentor to influential black leaders, Mays had a profound impact on the education of the leadership of the black church and of a generation of activists, policymakers, and educators. Jelks argues that Mays's ability to connect the message of Christianity with the responsibility to challenge injustice prepared the black church for its pivotal role in the civil rights movement.

From Mays's humble origins in Epworth, South Carolina, through his doctoral education, his work with institutions such as the National Urban League, the NAACP, and the national YMCA movement, and his significant career in academia, Jelks creates a rich portrait of the man, the teacher, and the scholar. Benjamin Elijah Mays, Schoolmaster of the Movement is a powerful portrayal of one man’s faith, thought, and mentorship in bringing American apartheid to an end.

“Jelks helps to bring the 'religious dimension' back to the center of the conversation.”--History News Network

“A civil rights pioneer gets his due.”--Kansas City Star

“Jelks should be applauded for depicting twentieth-century race relations through the eyes of Benjamin Elijah Mays. . .[In doing so] he provides readers with a new perspective on the fight for civil rights.”--North Carolina Historical Review

"A compelling biography of one of the most significant leaders in the struggle for African American civil rights in twentieth-century America. . . . An important contribution to better understand the critical role of black colleges and their presidents during the civil rights era."--Journal of American History

"Introduce[s] this imminent scholar, educator, and activist to a new generation while offering fresh perspectives on his life and career."--South Carolina Historical Magazine

“Jelks’s biography of Mays expands our understanding of the civil rights movement by thoroughly examining the ideas of the man who mentored those activists.”--Journal of Southern History

Read more from him at his blog, TheBlackBottom.com. 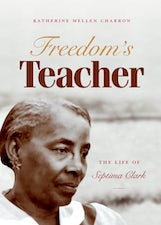