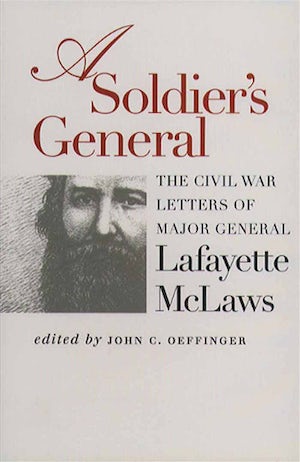 During his service in the Confederate army, Major General Lafayette McLaws (1821-1897) served under and alongside such famous officers as Robert E. Lee, Joseph E. Johnston, James Longstreet, and John B. Hood. He played a significant role in some of the most crucial battles of the Civil War, including Harpers Ferry, Antietam, Fredericksburg, Chancellorsville, and Gettysburg. Despite this, no biography of McLaws or history of his division has ever been published.

A Soldier's General gathers ninety-five letters written by McLaws to his family between 1858 and 1865, making these valuable resources available to a wide audience for the first time. The letters, painstakingly transcribed from McLaws's notoriously poor handwriting, contain a wealth of opinion and information about life and morale in the Confederate army, Civil War-era politics, the Southern press, and the impact of war on the Confederate home front. Among the fascinating threads the letters trace is the story of McLaws's fractured relationship with childhood friend Longstreet, who had McLaws relieved of command in 1863.

John Oeffinger's extensive introduction sketches McLaws's life from his beginnings in Augusta, Georgia, through his early experiences in the U.S. Army, his marriage, his Civil War exploits, and his postwar years.

"Oeffinger has done yeoman work in making selected writings of the Georgia Confederate major general available to the researching public. . . . A well-written and accurately researched work. The editor has done an excellent job of telling, in part, the story of a Confederate general who was known throughout the army for his skill as a defensive fighter and for his thoroughness in attention to detail."--North Carolina Historical Review

"A Soldier's General is a long overdue book. The letters of Lafayette McLaws will be read and consulted for years by historians and students of the Civil War. It is an important and fine book."--Jeffry Wert, author of Gettysburg--Day Three

"For much of the war, Lafayette McLaws held the senior major general's rank in the Army of Northern Virginia. His extensive letters, skillfully transcribed from the almost illegible originals by John Oeffinger, constitute a rich--and virtually untapped--lode of primary evidence from an officer of major importance."--Robert K. Krick, author of Stonewall Jackson at Cedar Mountain and The Smoothbore Volley That Doomed the Confederacy 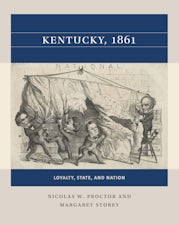