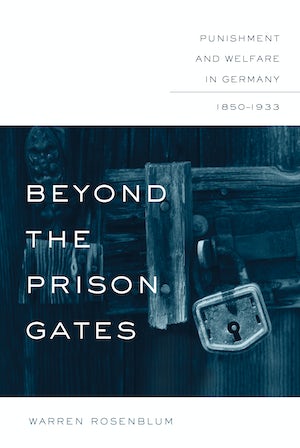 Germany today has one of the lowest incarceration rates in the industrialized world, and social welfare principles play an essential role at all levels of the German criminal justice system. Warren Rosenblum examines the roots of this social approach to criminal policy in the reform movements of the Wilhelmine and Weimar periods, when reformers strove to replace state institutions of control and incarceration with private institutions of protective supervision.

Reformers believed that private charities and volunteers could diagnose and treat social pathologies in a way that coercive state institutions could not. The expansion of welfare for criminals set the stage for a more economical system of punishment, Rosenblum argues, but it also opened the door to new, more expansive controls over individuals marked as "asocial." With the reformers' success, the issue of who had power over welfare became increasingly controversial and dangerous. Other historians have suggested that the triumph of eugenics in the 1890s was predicated upon the abandonment of liberal and Christian assumptions about human malleability. Rosenblum demonstrates, however, that the turn to "criminal biology" was not a reaction against social reform, but rather an effort to rescue its legitimacy.

"Challenges the existing literature on turn-of-the-century criminology and interwar welfare reform. . . . A valuable piece of scholarship that offers fresh analyses in a clear and accessible style. . . . A very engaging book."--American Historical Review

"An inspiring contribution to the historiography of German criminal and social reform policies."--German Historical Institute Bulletin

"Rosenblum's excellent book suggests a different narrative. . . . Exceptionally important for the light it sheds on the question of continuities in modern German history. . . . A fine achievement."--Journal of European Studies