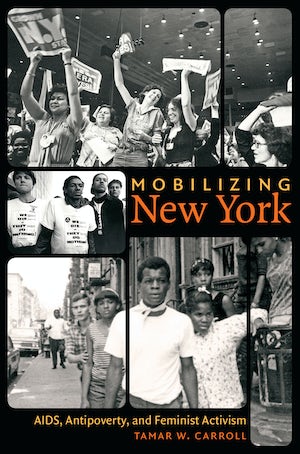 Examining three interconnected case studies, Tamar Carroll powerfully demonstrates the ability of grassroots community activism to bridge racial and cultural differences and effect social change. Drawing on a rich array of oral histories, archival records, newspapers, films, and photographs from post–World War II New York City, Carroll shows how poor people transformed the antipoverty organization Mobilization for Youth and shaped the subsequent War on Poverty. Highlighting the little-known National Congress of Neighborhood Women, she reveals the significant participation of working-class white ethnic women and women of color in New York City's feminist activism. Finally, Carroll traces the partnership between the AIDS Coalition to Unleash Power (ACT UP) and Women's Health Action Mobilization (WHAM!), showing how gay men and feminists collaborated to create a supportive community for those affected by the AIDS epidemic, to improve health care, and to oppose homophobia and misogyny during the culture wars of the 1980s and 1990s. Carroll contends that social policies that encourage the political mobilization of marginalized groups and foster coalitions across identity differences are the most effective means of solving social problems and realizing democracy.

“A remarkable book...Uses rich, new materials to weave several historiographies together into a compelling analysis of mobilization for social and political equality in New York City”--Gotham

“Analytically sophisticated, historically informed, and original. . . . An amazing study of the historical linkages among grassroots movements and community activists.”--Journal of American History

“An engagingly written book that makes major contributions to our understanding of various movements, such as the 1970s women’s movement and the AIDS Coalition to Unleash Power (ACT UP). . . . [This] provocative and persuasively argued work will be of interest to scholars of postwar U.S. politics and scholars of political activism in any period.”--American Historical Review

"A testament to the power of people's voices and the importance of acknowledging the whole, intersectional aspect of their identities to build communities and create change."--Oral History Review

“[A] dazzling rarity of a book. . . . A textured, satisfying account of social movement organizing.”--Women and Social Movements in the United States, 1600-2000

“Crucial reading not only for researchers documenting the contemporary history of social justice activism but also for those who seek to keep feminism alive in today’s political grassroots.”--Journal of the History of Sexuality

Watch: Carroll helped produce this video featuring women from the Williamsburg, Brooklyn, chapter of the National Congress of Neighborhood Women in the 1970s. The NCNW is the subject of two chapters of Mobilizing New York. (running time 16:35) 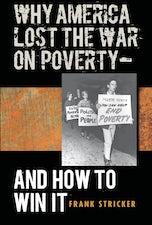