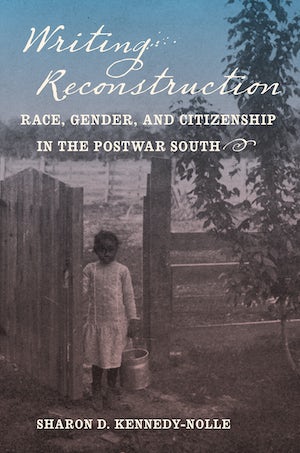 After the Civil War, the South was divided into five military districts occupied by Union forces. Out of these regions, a remarkable group of writers emerged. Experiencing the long-lasting ramifications of Reconstruction firsthand, many of these writers sought to translate the era's promise into practice. In fiction, newspaper journalism, and other forms of literature, authors including George Washington Cable, Albion Tourgée, Constance Fenimore Woolson, and Octave Thanet imagined a new South in which freedpeople could prosper as citizens with agency. Radically re-envisioning the role of women in the home, workforce, and marketplace, these writers also made gender a vital concern of their work. Still, working from the South, the authors were often subject to the whims of a northern literary market. Their visions of citizenship depended on their readership’s deference to conventional claims of duty, labor, reputation, and property ownership. The circumstances surrounding the production and circulation of their writing blunted the full impact of the period's literary imagination and fostered a drift into the stereotypical depictions and other strictures that marked the rise of Jim Crow.

Sharon D. Kennedy-Nolle blends literary history with archival research to assess the significance of Reconstruction literature as a genre. Founded on witness and dream, the pathbreaking work of its writers made an enduring, if at times contradictory, contribution to American literature and history.

“[Provides] insights into the post-Civil War literary marketplace and its containment of literary visions of a more egalitarian South.”--Journal of American History

“Makes a compelling case for the creative significance of Reconstruction literature. . . . Her work will . . . inspire lively and complex discussions in the field of American history, literature, and southern studies.”--Journal of Southern History

“Keeps the reader moving through the South. . . . Will be of interest to historians, literary scholars, and general-interest readers in Southern literature.”--African American Review

“A fascinating and original reading of the popular literature produced during Reconstruction. . . . A significant contribution to the scholarship on the literature of the Civil War.”--Choice

“A genuinely fresh approach to that most unfinished of America’s revolutions.”--West Virginia History

“The diversity and depth of material is a central strength . . . which offers a lengthy sojourn into the postbellum South, a literary world often overlooked.”--Arkansas Review 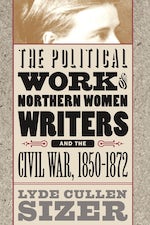