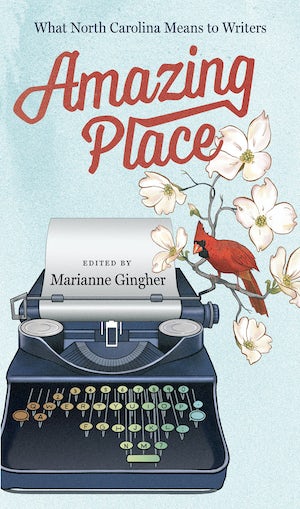 Some of us understand place in terms of family and community, landscape, or even the weather. For others, the idea of place becomes more distinct and particular: the sound of someone humming while washing dishes, the musical cadence of a mountain accent, the smell of a tobacco field under the hot Piedmont sun. Some of North Carolina’s finest writers ruminate on the meaning of place in this collection of twenty-one original essays, untangling North Carolina's influence on their work, exploring how the idea of place resonates with North Carolinians, and illuminating why the state itself plays such a significant role in its own literature.

Authors from every region of North Carolina are represented, from the Appalachians and the Piedmont to the Outer Banks and places in between. Amazing Place showcases a mix of familiar favorites and newer voices, expressing in their own words how North Carolina shapes the literature of its people.

“Stories as varied as the state's geography and arranged that way, from the mountains to the Piedmont to the coast.”--Associated Press

“Draw[s] from a deep literary well. . . . What emerges as strongly as the authors’ North Carolina sensibilities is their connection to the landscape.”--Raleigh News & Observer

“A delightful book that should please anyone who loves North Carolina and literature. . . . Amazing Place is amazingly good and a pleasure to read.”—Greensboro News & Record

“Gingher has put together a collection of writers any state would be proud of.”--O. Henry Magazine

"Amazing Place is an affirmation that in the last fifty years no state has produced more first-rate authors than North Carolina. That talent is on full display in this book, and thanks to Marianne Gingher's editorship this compilation becomes something more: a verbal trek across North Carolina, whose road map is our state's soul."--Ron Rash, author of Serena and The Cove

"This collection is as good as any I’ve ever read, and I have read a few. It's more than a compendium of the best writers North Carolina has to offer. Here are some of the best writers in America. Marianne Gingher has done a masterful job in bringing such a vast and awesome pack of talent together into a wickedly harmonious whole."--Daniel Wallace, author of Big Fish and The Kings and Queens of Roam 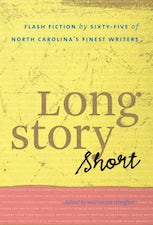