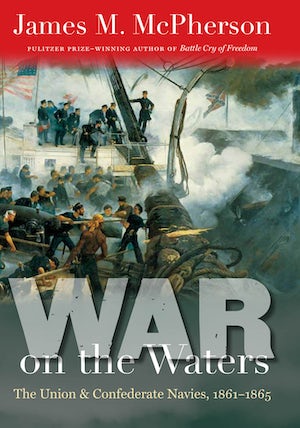 Although previously undervalued for their strategic impact because they represented only a small percentage of total forces, the Union and Confederate navies were crucial to the outcome of the Civil War. In War on the Waters, James M. McPherson has crafted an enlightening, at times harrowing, and ultimately thrilling account of the war's naval campaigns and their military leaders.

McPherson recounts how the Union navy's blockade of the Confederate coast, leaky as a sieve in the war's early months, became increasingly effective as it choked off vital imports and exports. Meanwhile, the Confederate navy, dwarfed by its giant adversary, demonstrated daring and military innovation. Commerce raiders sank Union ships and drove the American merchant marine from the high seas. Southern ironclads sent several Union warships to the bottom, naval mines sank many more, and the Confederates deployed the world's first submarine to sink an enemy vessel. But in the end, it was the Union navy that won some of the war's most important strategic victories--as an essential partner to the army on the ground at Fort Donelson, Vicksburg, Port Hudson, Mobile Bay, and Fort Fisher, and all by itself at Port Royal, Fort Henry, New Orleans, and Memphis.

James M. McPherson taught U.S. history at Princeton University for forty-two years and is author of more than a dozen books on the era of the Civil War. His books have won a Pulitzer Prize and two Lincoln Prizes.
For more information about James M. McPherson, visit the Author Page.

“As definitive as it is economical, [War on the Waters] establishes beyond question the decisive contributions of maritime power to Union victory.”--Publishers Weekly starred review

"Well-researched. . . . This important addition to scholarship on the naval aspects of the Civil War is recommended for academic audiences. With maps of several key battle sites clearly depicting ship and fort locations."--Library Journal

"McPherson's accounts of set-piece battles--Farragut's assault on Mobile Bay, the duel between the Monitor and the Merrimack--are vivid. Much of this briny story is provided through the words of the participants, and the maps are excellent throughout."--Wall Street Journal Gift Guide 2012

"[McPherson] uses impeccable scholarship in the service of narratives that have appeal for the general reader."--Howell Raines, Washington Post 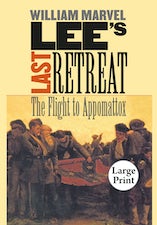