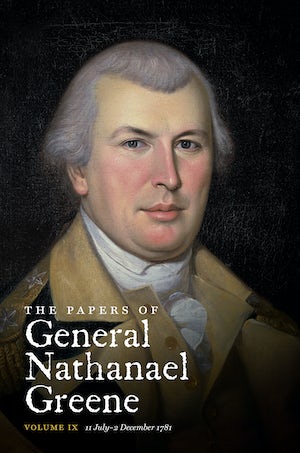 To purchase online via an independent bookstore, visit Bookshop.org
This new volume of The Papers of General Nathanael Greene continues the best and most-detailed study of the Revolutionary War in the South. More than 800 letters and orders chart the progress of Greene's army in South Carolina, from the battle of Eutaw Springs--the bloodiest battle of the Revolution--to the British pullback to Charleston.

In July 1781, the British controlled large parts of South Carolina and Georgia, had a post in North Carolina, and maintained an army in Virginia. By early December, they held only the areas around Charleston and Savannah. The ability of Greene's beleaguered army to force this British retreat is the focus of this volume, which also documents Greene's attempts to rebuild the lower south's political and social fabric. In addition, this volume provides information on the siege of Yorktown, for although Greene was not directly involved, he received numerous reports from those on the scene in Virginia.

Associate editor Roger N. Parks has been with the project since 1989.
For more information about Roger N. Parks, visit the Author Page.