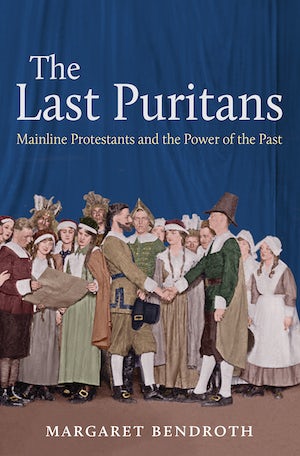 Congregationalists, the oldest group of American Protestants, are the heirs of New England's first founders. While they were key characters in the story of early American history, from Plymouth Rock and the founding of Harvard and Yale to the Revolutionary War, their luster and numbers have faded. But Margaret Bendroth's critical history of Congregationalism over the past two centuries reveals how the denomination is essential for understanding mainline Protestantism in the making.

Bendroth chronicles how the New England Puritans, known for their moral and doctrinal rigor, came to be the antecedents of the United Church of Christ, one of the most liberal of all Protestant denominations today. The demands of competition in the American religious marketplace spurred Congregationalists, Bendroth argues, to face their distinctive history. By engaging deeply with their denomination's storied past, they recast their modern identity. The soul-searching took diverse forms--from letter writing and eloquent sermonizing to Pilgrim-celebrating Thanksgiving pageants--as Congregationalists renegotiated old obligations to their seventeenth-century spiritual ancestors. The result was a modern piety that stood a respectful but ironic distance from the past and made a crucial contribution to the American ethos of religious tolerance.

Margaret Bendroth is executive director of the Congregational Library and Archives in Boston. She is author of Fundamentalism and Gender, 1875 to the Present, among other books.
For more information about Margaret Bendroth, visit the Author Page.

"A much needed scholarly book on the history of Congregationalists….Meticulously researched and well written."--Washington Book Review

“An important contribution to the field.”--Reading Religion

"The Last Puritans is a splendid contribution to American religious history. Analyzing the doings of Congregationalists from early seventeenth-century New England through the present, Margaret Bendroth demonstrates how the denomination most symbolically integrated into American origins--the Mayflower, the City on a Hill, Thanksgiving, and all that--became entrapped by those origins but then was parlayed by its iconic status into a style of Protestantism that could function in an increasingly plural society."--David Hollinger, University of California, Berkeley

"Increase Mather has been called the Last Puritan; so has Jonathan Edwards. But Margaret Bendroth's new work masterfully shows us that the 'last' of anything can be the first of something else. This beautifully researched story of the Congregationalists and mainline Protestantism judiciously reveals the nature of institutional change, religious allegiance, and the slipperiness of historical memory."--Kenneth P. Minkema, Yale University