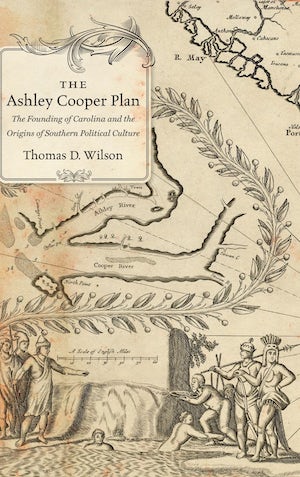 In this highly original work, Thomas D. Wilson offers surprising new insights into the origins of the political storms we witness today. Wilson connects the Ashley Cooper Plan--a seventeenth-century model for a well-ordered society imagined by Anthony Ashley Cooper (1st Earl of Shaftesbury) and his protégé John Locke--to current debates about views on climate change, sustainable development, urbanism, and professional expertise in general. In doing so, he examines the ways that the city design, political culture, ideology, and governing structures of the Province of Carolina have shaped political acts and public policy even in the present. Wilson identifies one of the fundamental paradoxes of American history: although Ashley Cooper and Locke based their model of rational planning on assumptions of equality, the lure of profits to be had from slaveholding soon undermined its utopian qualities. Wilson argues that in the transition to a slave society, the "Gothic" framework of the Carolina Fundamental Constitutions was stripped of its original imperative of class reciprocity, reverberating in American politics to this day.

Reflecting on contemporary culture, Wilson argues that the nation's urban-rural divide rooted in this earlier period has corrosively influenced American character, pitting one demographic segment against another. While illuminating the political philosophies of Ashley Cooper and Locke as they relate to cities, Wilson also provides those currently under attack by antiurbanists--from city planners to climate scientists--with a deeper understanding of the intellectual origins of a divided America and the long history that reinforces it.

“Wilson offers an engaging and important look at the ideological model that shaped the early South during the seventeenth and eighteenth centuries.”--H-Net Reviews

"The product of long thought and careful research, this book has force, coherence, and relevance. Wilson's invocation of the power of historical experience challenges modern U.S. historians in their monolithic focus on a chronologically shallow neoliberalism as the essential framework for the analysis of contemporary politics. The Ashley Cooper Plan is a heroic effort to unravel the historical roots of contemporary southern politics. It is a grand synthesis of history, political criticism, and the contemporary paradoxes of public policy."--John L. Brooke, The Ohio State University

"Thomas Wilson constructs a meticulously researched narrative that sheds new and essential light on the role of city planning both in the imagined colonies and in their respective early histories. Ambitious and effective, The Ashley Cooper Plan makes a fascinating argument regarding the profound influence of city planning on the development of an entire region."--Angie Maxwell, Director, Blair Center of Southern Politics and Society, University of Arkansas

"The Ashley Cooper Plan is an important contribution to cultural and urban studies. The research and theoretical ambition of this book is impressive, and I expect it will quickly become a major text for those interested in American political development. Scholars challenging Wilson's connection will be burdened to offer alternatives."--Philip Abbott, Wayne State University