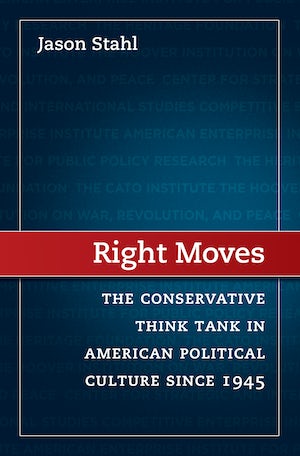 From the middle of the twentieth century, think tanks have played an indelible role in the rise of American conservatism. Positioning themselves against the alleged liberal bias of the media, academia, and the federal bureaucracy, conservative think tanks gained the attention of politicians and the public alike and were instrumental in promulgating conservative ideas. Yet, in spite of the formative influence these institutions have had on the media and public opinion, little has been written about their history. Here, Jason Stahl offers the first sustained investigation of the rise and historical development of the conservative think tank as a source of political and cultural power in the United States.

What we now know as conservative think tanks--research and public-relations institutions populated by conservative intellectuals--emerged in the postwar period as places for theorizing and "selling" public policies and ideologies to both lawmakers and the public at large. Stahl traces the progression of think tanks from their outsider status against a backdrop of New Deal and Great Society liberalism to their current prominence as a counterweight to progressive political institutions and thought. By examining the rise of the conservative think tank, Stahl makes invaluable contributions to our historical understanding of conservatism, public-policy formation, and capitalism.

Jason Stahl is a Senior Lecturer in the Department of Organizational Leadership, Policy and Development at the University of Minnesota, Twin Cities.
For more information about Jason Stahl, visit the Author Page. 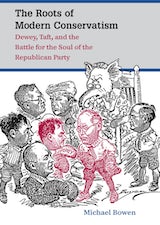