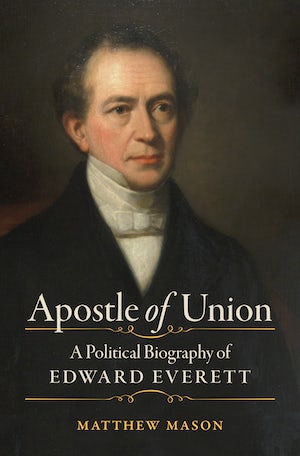 To purchase online via an independent bookstore, visit Bookshop.org
Known today as “the other speaker at Gettysburg,” Edward Everett had a distinguished and illustrative career at every level of American politics from the 1820s through the Civil War. In this new biography, Matthew Mason argues that Everett’s extraordinarily well-documented career reveals a complex man whose shifting political opinions, especially on the topic of slavery, illuminate the nuances of Northern Unionism. In the case of Everett--who once pledged to march south to aid slaveholders in putting down slave insurrections--Mason explores just how complex the question of slavery was for most Northerners, who considered slavery within a larger context of competing priorities that alternately furthered or hindered antislavery actions.

By charting Everett’s changing stance toward slavery over time, Mason sheds new light on antebellum conservative politics, the complexities of slavery and its related issues for reform-minded Americans, and the ways in which secession turned into civil war. As Mason demonstrates, Everett’s political and cultural efforts to preserve the Union, and the response to his work from citizens and politicians, help us see the coming of the Civil War as a three-sided, not just two-sided, contest.

Matthew Mason is professor of history at Brigham Young University.
For more information about Matthew Mason, visit the Author Page. 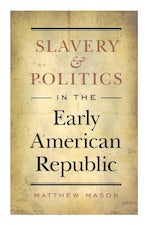