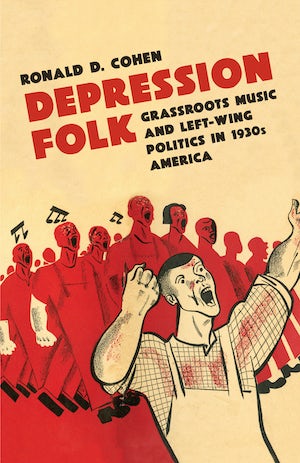 While music lovers and music historians alike understand that folk music played an increasingly pivotal role in American labor and politics during the economic and social tumult of the Great Depression, how did this relationship come to be? Ronald D. Cohen sheds new light on the complex cultural history of folk music in America, detailing the musicians, government agencies, and record companies that had a lasting impact during the 1930s and beyond. Covering myriad musical styles and performers, Cohen narrates a singular history that begins in nineteenth-century labor politics and popular music culture, following the rise of unions and Communism to the subsequent Red Scare and increasing power of the Conservative movement in American politics--with American folk and vernacular music centered throughout. Detailing the influence and achievements of such notable musicians as Pete Seeger, Big Bill Broonzy, and Woody Guthrie, Cohen explores the intersections of politics, economics, and race, using the roots of American folk music to explore one of the United States’ most troubled times. Becoming entangled with the ascending American left wing, folk music became synonymous with protest and sharing the troubles of real people through song.

“Successfully weaves together some of the important people engaged with left-wing music in this era and draws attention to the importance of of music to a historical understanding of the 1930s.”--Arkansas Historical Quarterly

“A book that is made to order for anyone who wants to understand where folk music came from and what the 1930s sounded like.”--Labour/Le Travail

“A primer for anyone looking for an overview of the vernacular music that contained political commentary during this tumultuous yet pivotal American decade.”--Journal of Southern History

"Through the insightful lens of music, Ronald D. Cohen reveals a definitive narrative of labor struggles, politics, leftist thought, and the effects of the Great Depression on everyday Americans during this tumultuous era in our nation’s history."--Ron Pen, University of Kentucky

"Ronald D. Cohen has written a compelling, engaging, and highly readable account of the indelible, influential, and important style of music we associate with the Great Depression. A much-needed work that fills a void in the scholarship of the labor movement and folk music in the 1930s."--Timothy Lynch, author of Strike Songs of the Depression