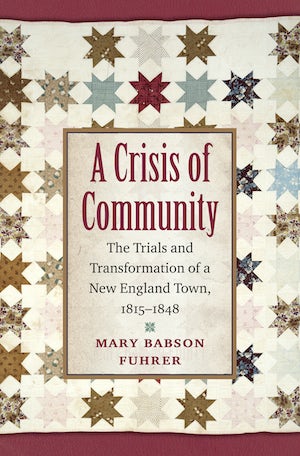 In the first decades of the American republic, Mary White, a shopkeeper's wife from rural Boylston, Massachusetts, kept a diary. Woven into its record of everyday events is a remarkable tale of conflict and transformation in small-town life. Sustained by its Puritan heritage, gentry leadership, and sense of common good, Boylston had survived the upheaval of revolution and the creation of the new nation. Then, in a single generation of wrenching change,the town and tis people descended into contentious struggle. Examining the tumultuous Jacksonian era at the intimate level of family and community, Mary Babson Fuhrer brings to life the troublesome creation of a new social, political, and economic order centered on individual striving and voluntary associations in an expansive nation.

Blending family records and a rich trove of community archives, Fuhrer examines the "age of revolutions" through the lens of a rural community that was swept into the networks of an expanding and urbanizing New England region. This finely detailed history lends new depth to our understanding of a key transformative moment in American history.

Mary Babson Fuhrer is a public historian who specializes in the social history of New England, providing research and programs for historical, humanities, and heritage associations. She lives in Littleton, Massachusetts.
For more information about Mary Babson Fuhrer, visit the Author Page.

"The Yankee Calvinist people of the town of Boylston happen to be very interesting. . . . The questions the book raises about political partisanship, the role of religion, the departure of children from the nest, and job security make Fuhrer’s book relevant today."--The Boston Globe

“This excellent microhistory belongs in the collection of all academic institutions. It would also be a worthy acquisition for public libraries. Essential. All levels/libraries.”--Choice

“[Fuhrer] is to be commended for breathing new life into the New England community study; what could have been a dry compendium of data has become, in Fuhrer’s deft hands, a rich and engaging account.”--Journal of American History

“A thoughtful, humane book on how dramatic changes spurred by the American Revolution and the market revolution reshaped ordinary lives in Boylston, Massachusetts.”--American Historical Review

"This account of Boylston, Massachusetts, over three decades of wrenching change tells the dramatic story of how a social order that was founded by Puritans in the seventeenth century and that managed to survive the upheaval of revolution and the creation of a republic in the eighteenth century came apart unexpectedly in the course of a single generation, during the 1820s and 1830s. Fuhrer charts a transition from community to individualism, but in her telling, this familiar saga takes on a remarkable subtlety and richness. What could be more pertinent to Americans of the twenty-first century experiencing similar mixed feelings of excitement and unsettlement at the globalizing forces of our time--forces that first took off in the world of Boylston nearly two centuries ago?"--Robert A. Gross, University of Connecticut

She specializes in the social history of New England. She has a B.A. in history from Princeton, an M.A. in public history from George Mason University, and a Ph.D. in American history from the University of New Hampshire. Her professional experience has focused on recovering the everyday life of New England’s folk and helping others use primary-source evidence such as letters, diaries, vital, church and town records, tax valuations, wills, deeds, and material culture to tell stories from the past. She provides research and programs as a consulting historian for historical and humanities associations. In 2014, Massachusetts Foundation for the Humanities awarded Fuhrer the Massachusetts History Commendation for “extensive work in Massachusetts history over the past two decades, [which] has improved the interpretation of history for numerous organizations and countless individuals.”

Fuhrer's current research focuses on the relationship between the “White Plague” of tuberculosis and popular culture in the first half of the nineteenth century in New England. She has received support for this project from the Massachusetts Historical Society, the American Antiquarian Society, and the New England Regional Consortium Fellowship. 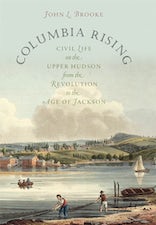