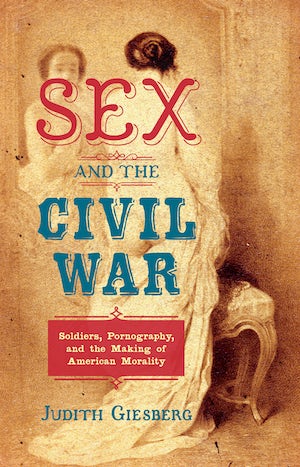 Civil War soldiers enjoyed unprecedented access to obscene materials of all sorts, including mass-produced erotic fiction, cartes de visite, playing cards, and stereographs. A perfect storm of antebellum legal, technological, and commercial developments, coupled with the concentration of men fed into armies, created a demand for, and a deluge of, pornography in the military camps. Illicit materials entered in haversacks, through the mail, or from sutlers; soldiers found pornography discarded on the ground, and civilians discovered it in abandoned camps. Though few examples survived the war, these materials raised sharp concerns among reformers and lawmakers, who launched campaigns to combat it. By the war’s end, a victorious, resurgent American nation-state sought to assert its moral authority by redefining human relations of the most intimate sort, including the regulation of sex and reproduction—most evident in the Comstock laws, a federal law and a series of state measures outlawing pornography, contraception, and abortion. With this book, Judith Giesberg has written the first serious study of the erotica and pornography that nineteenth-century American soldiers read and shared and links them to the postwar reaction to pornography and to debates about the future of sex and marriage.

Judith Giesberg is professor of history at Villanova University.
For more information about Judith Giesberg, visit the Author Page.

“A well-grounded analysis of some less-studied aspects of the war.”--Civil War News

“Well worth the consideration of both general and academic audiences. . . . Giesberg relates government efforts, including acts of Congress, to protect young soldiers during the war, and into the 20th century, by suppressing gay rights, birth control, and abortion.”--America’s Civil War

“Offers intriguing glimpses not only into the much-maligned 'yellow-backed' novels that were cataloged in anti-obscenity prosecutions (the illustrations are not typical fare for academic monographs) but also into attitudes about youth, concerns about a 'marital crisis,' the role of the state in regulating morality, the pornographic tendencies of abolitionist literature, and much more.”--Civil War Book Review

“A welcome addition to the field. Perhaps the greatest contribution of the book is as an opening of the history of the Civil War to a serious consideration of what it means to call this critical moment in our history an 'era' and thereby also integrate those four years into the longer run of U.S. history.”--Journal of American History

“Raises profound questions about sexuality and desire, masculinity and its discontents, and the technologies and networks that the Civil War engendered.”--Journal of the Civil War Era 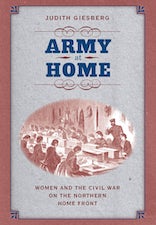