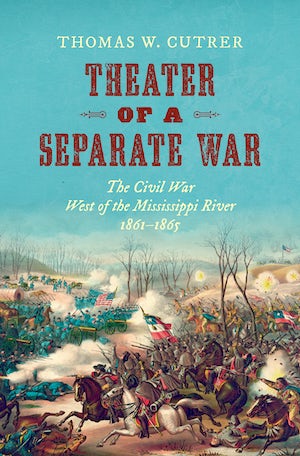 Though its most famous battles were waged in the East at Antietam, Gettysburg, and throughout Virginia, the Civil War was clearly a conflict that raged across a continent. From cotton-rich Texas and the fields of Kansas through Indian Territory and into the high desert of New Mexico, the trans-Mississippi theater was site of major clashes from the war’s earliest days through the surrenders of Confederate generals Edmund Kirby Smith and Stand Waite in June 1865. In this comprehensive military history of the war west of the Mississippi River, Thomas W. Cutrer shows that the theater’s distance from events in the East does not diminish its importance to the unfolding of the larger struggle.

Theater of a Separate War details the battles between North and South in these far-flung regions, assessing the complex political and military strategies on both sides. While providing the definitive history of the rise and fall of the South’s armies in the far West, Cutrer shows, even if the region’s influence on the Confederacy’s cause waned, its role persisted well beyond the fall of Richmond and Lee’s surrender to Grant. In this masterful study, Cutrer offers a fresh perspective on an often overlooked aspect of Civil War history.

“The scope of the work is large and takes into account events beyond the traditionally studied area encompassed in the trans-Mississippi Confederacy, including action in California, Utah, and even the Dakotas.”--Missouri Historical Review

“Well researched in addition to being well written.”--Arkansas Historical Quarterly

“In a volume that matches the massive size and strategic importance of the Civil War’s trans-Mississippi, Thomas Cutrer goes beyond our usual understanding of that region by tracing the course of military operations from Missouri to California. In the process, his revealing narrative lays to rest any lingering impression of the West as a backwater of the war. A remarkable achievement in every respect.”--Daniel E. Sutherland, University of Arkansas

“Thomas Cutrer has done it again. Through an engaging, thoughtful, and impeccably researched narrative, Cutrer reminds readers of what many have missed by ignoring the Civil War in the trans-Mississippi West. Theater of a Separate War simultaneously informs and inspires future historians to continue to mine this rich area of study.”--Susannah J. Ural, University of Southern Mississippi 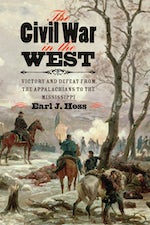