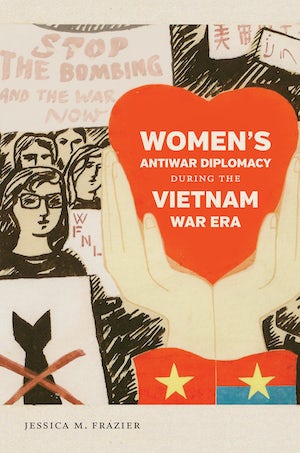 In 1965, fed up with President Lyndon Johnson’s refusal to make serious diplomatic efforts to end the Vietnam War, a group of female American peace activists decided to take matters into their own hands by meeting with Vietnamese women to discuss how to end U.S. intervention. While other attempts at women’s international cooperation and transnational feminism have led to cultural imperialism or imposition of American ways on others, Jessica M.Frazier reveals an instance when American women crossed geopolitical boundaries to criticize American Cold War culture, not promote it. The American women Frazier studies not only solicited Vietnamese women’s opinions and advice on how to end the war but also viewed them as paragons of a new womanhood by which American women could rework their ideas of gender, revolution, and social justice during an era of reinvigorated feminist agitation.

Unlike the many histories of the Vietnam War that end with an explanation of why the memory of the war still divides U.S. society, by focusing on linkages across national boundaries, Frazier illuminates a significant moment in history when women formed effective transnational relationships on genuinely cooperative terms.

“A fascinating study of the role of women's groups during the Vietnam War. Highly recommended.”--Choice

“Frazier’s study is informative in the way it weaves together a complex narrative about second-wave feminism and antiwar diplomacy told from a global perspective. It is written with economy and clarity, making it easy to recommend.”--H-Net Reviews

“This work makes a significant contribution to an understudied aspect of Vietnam era historiography and is a recommended read for scholars seeking to understand the complicated interplay of feminism, social activism and the Cold War context.”--Journal of Contemporary History

“This book chronicles a critical and long overlooked dimension of sixties-era history, the history of U.S. women’s activism, and the history of second-wave feminism. With cutting-edge research, Frazier complicates our understanding of how international connections and networks shaped the development of women’s liberation efforts within the United States and highlights the different interpretations of ‘feminism’ held by activists from distinct social, political, and generational groups.”--Marian Mollin, author of Radical Pacifism in Modern America

“Jessica M. Frazier has provided the most thorough exploration of international conferences between the Vietnamese women’s unions and global antiwar activists and the trips made by American activists to Vietnam. Scholars will be in her debt.”--Lien-Hang Nguyen, author of Hanoi’s War 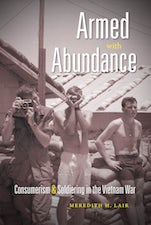