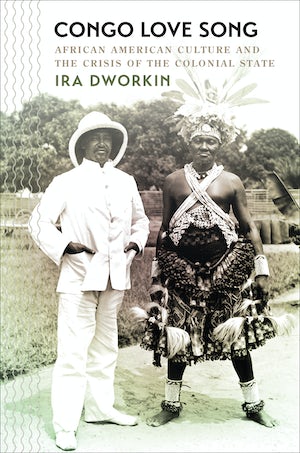 In his 1903 hit "Congo Love Song," James Weldon Johnson recounts a sweet if seemingly generic romance between two young Africans. While the song’s title may appear consistent with that narrative, it also invokes the site of King Leopold II of Belgium’s brutal colonial regime at a time when African Americans were playing a central role in a growing Congo reform movement. In an era when popular vaudeville music frequently trafficked in racist language and imagery, "Congo Love Song" emerges as one example of the many ways that African American activists, intellectuals, and artists called attention to colonialism in Africa.

"Congo Love Song is the product of wide-ranging remarkable scholarship and original interpretation that address the international engagements of African Americans in new and thought-provoking ways."--Brenda Gayle Plummer, The Black Scholar

"The book's primary concern is to trace multiple routes of political engagement by African Americans . . . as being central to the making of modern black political culture. It meets this aim admirably."--Choice

“An enormously important book . . . . An important contribution to a body of work that is already changing the way we do history.”--American Historical Review

“Ira Dworkin's meticulously researched Congo Love Song: African American Culture and the Crisis of the Colonial State thoroughly and insightfully addresses the often decontextualized links between the Congo and US history generally and African American political, religious, literary, and visual cultures specifically from the 1880s through the 1960s.”--MELUS

“A lively read, paced by clear writing and peppered with nearly forty photographs, illustrations, and plates of artwork. Lay readers who enjoyed popular works like Hochschild’s King Leopold’s Ghost or Neal Ascherson’s The King Incorporated, will find this a much more academic approach to the Congo, but one just as digestible. . . . A valuable contribution to the John Hope Franklin Series in African American History and Culture from UNC Press.”--Journal of African American History 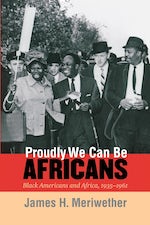