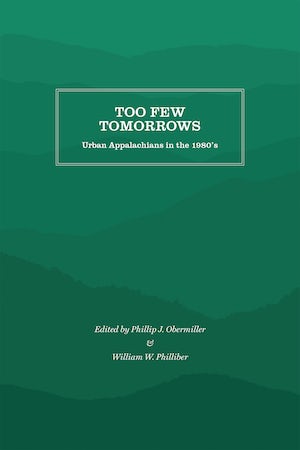 Between the 1940s and 1970s the mountains of Appalachia were viewed as a center for economic and employment opportunities. Over three million people chased the American dream to the mountains in search of a better life for themselves and their families. Unfortunately, about a third of these people were forced into a life of long-term underclass dwellers. Struggling with questions of identity, rootlessness, and cultural negation these people were given the name of “urban Appalachians.” Published in 1987, Too Few Tomorrows addresses some of the pressing questions regarding urban Appalachians and their story of migration and early experiences in the mountains.

“Forty years after the first waves of outmigration from the hills into the industrial cities of the Midwest, Appalachian migrants still struggle with questions of ‘identity, rootlessness, and cultural negation.’ A third generation still maintains a sense of family and a fading sense of place. Children born in the city are tied to mountains they seldom see and to a culture they little know. The persistence of Appalachian ethnicity in the urban north is a study of cultural survival, of economic necessity, and of the emergence of an urban underclass. This book raises important questions about the future of regionalism and cultural consciousness in a nation which no longer sees ‘hillbillies’ as a social problem and refuses to recognize Appalachian cultural heritage as a source of personal strength and community pride.”—Ron Eller, Director of the Appalachian Center, University of Kentucky

“Some of the most interesting and important research and writing on the problems of urban Appalachians in recent years has been done by Philliber and Obermiller. In this volume they address the questions and problems facing contemporary urban Appalachians with thoughtfulness and compassion. While clearly identifying the factors which have kept these Americans apart from other Midwesterners, they also examine the process of melting into the inner city neighborhoods and consequent identification with the Midwest. This work will have lasting importance.”—Carl Ross, Director of the Center for Appalachian Studies, Appalachian State University

“This book fills a gap in Appalachian studies. Appalachian migrants to industrial cities represent one of the great migrations of all time. Much that has been written about them in recent years is based on dated census material. These essays bring us up to date on Appalachian migrants.”—Loyal Jones, Director of the Appalachian Center, Berea College 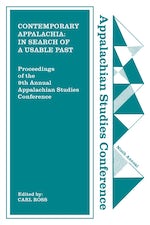 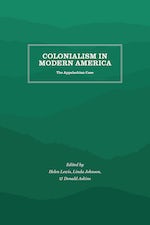 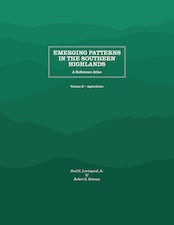