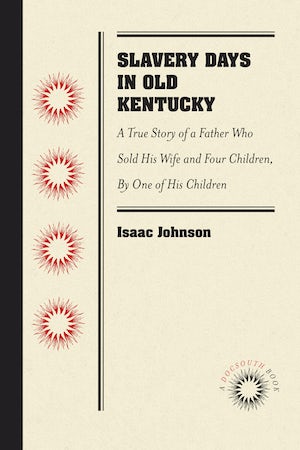 Isaac Johnson was born in Elizabethtown, Kentucky, in 1844. His father, Richard Yeager, was a white farmer and his mother, Jane Johnson, was an enslaved African from Madagascar. His parents lived together as husband and wife and had four children, including Isaac. In 1851, Yeager, unable to face neighbors' criticism, sold Jane and their children to various new masters and left the area. Isaac, who had not previously been aware of his enslavement, was thus abruptly separated from his mother and siblings at the age of seven. After a succession of owners and two failed escape attempts, Johnson finally achieved freedom when, during the Civil War, he fled his master's plantation and found refuge with a Union regiment marching through Kentucky. After the war he moved to Canada and began working as a mason and stonecutter, and later to New York. Published in 1901, Slavery Days in Old Kentucky, was written to argue against what Johnson saw as a romanticized nostalgia for slavery.

Isaac Johnson (1844-1905) was a former slave who worked as a mason and stonecutter in Canada and New York. He and his wife Theodocia Allen had seven children. He published Slavery Days in Old Kentucky in 1901.
For more information about Isaac Johnson, visit the Author Page. 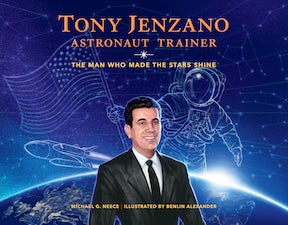