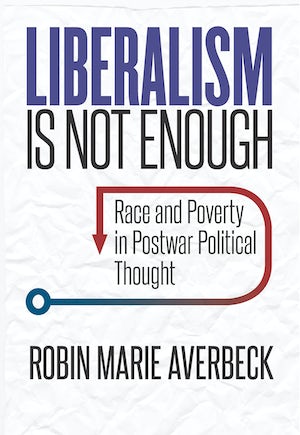 In this intellectual history of the fraught relationship between race and poverty in the 1960s, Robin Marie Averbeck offers a sustained critique of the fundamental assumptions that structured liberal thought and action in postwar America. Focusing on the figures associated with “Great Society liberalism” like Daniel Patrick Moynihan, David Riesman, and Arthur Schlesinger Jr., Averbeck argues that these thinkers helped construct policies that never truly attempted a serious attack on the sources of racial inequality and injustice.

In Averbeck’s telling, the Great Society’s most notable achievements--the Civil Rights Act and the Voting Rights Act--came only after unrelenting and unprecedented organizing by black Americans made changing the inequitable status quo politically necessary. And even so, the discourse about poverty created by liberals had inherently conservative qualities. As Liberalism Is Not Enough reveals, liberalism’s historical relationship with capitalism shaped both the initial content of liberal scholarship on poverty and its ultimate usefulness to a resurgent conservative movement.

"Hard-hitting, well researched, and meticulously argued, Liberalism Is Not Enough should firmly establish Robin Marie Averbeck as an up-and-coming historian and thinker to be reckoned with."--Andrew Hartman, Illinois State University

"Putting a critical analysis of race at the center of every chapter, Liberalism Is Not Enough continually demonstrates the ways that liberal thinkers and policy makers have drawn upon a significant reservoir of white supremacist thought in fashioning particular policy frameworks."--Daniel HoSang, Yale University