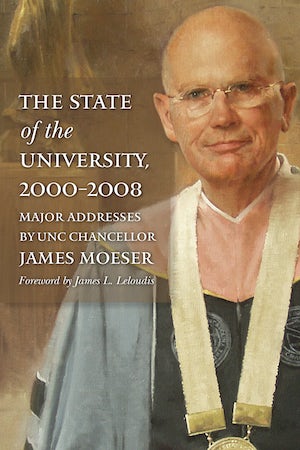 Beginning with his installation as chancellor on University Day, 2000, James Moeser started each academic year with a major address in which he outlined his envisioned agenda for the year ahead. In retrospect, these addresses can be read as guideposts to mark the history of Carolina’s first decade of the twenty-first century, a period of great progress.

A common thread running through all of these addresses is a call for excellence—that Carolina should be America’s leading public university with a commitment to public engagement and social justice and that Carolina should be both great and good. Moeser did not shy away from controversy in these addresses, stoutly defending academic and First Amendment freedoms. The book concludes with two addresses given after his term in office, one that offers an overview of his administration, and a second, his brief remarks at the unveiling of his portrait, which is reproduced on the cover of this book.

An open access edition of The State of the University, 2000-2008 is available through a partnership with the University of North Carolina at Chapel Hill Library.

James Moeser was the ninth chancellor of the University of North Carolina at Chapel Hill. A native of Texas and trained as a concert organist, he earned bachelor’s and master’s degrees in music from the University of Texas at Austin and a doctorate from the University of Michigan. Formerly chancellor of the University of Nebraska-Lincoln, he began his work as chancellor at UNC on August 15, 2000. He established the Carolina Covenant and Carolina Performing Arts; led the $2.4 billion Carolina First campaign; oversaw a massive increase in research funding, including a major investment in genome research; and succeeded in increasing faculty salaries and greatly improving faculty retention. The physical campus was transformed by a $2.2 billion construction program that added six million net square feet of building space, while also adding twenty acres of green space.
For more information about James Moeser, visit the Author Page. 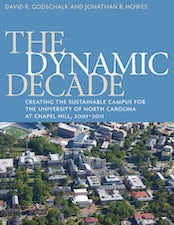 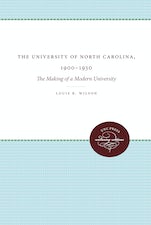