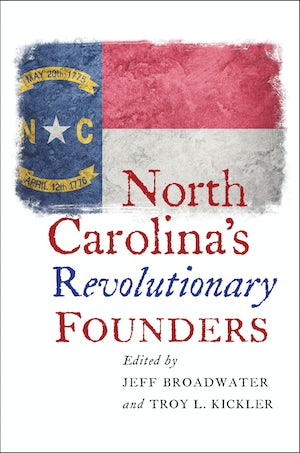 This collection of essays profiles a diverse array of North Carolinians, all of whom had a hand in the founding of the state and the United States of America. It includes stories of how men who stood together to fight the British soon chose opposing sides in political debates over the ratification of the supreme law of the land, the Constitution. It also includes accounts of women, freedmen, and Native Americans, whose narratives shed light on the important roles of marginalized peoples in the Revolutionary South. Together, the essays reveal the philosophical views and ideology of North Carolina’s revolutionaries.

Historian Jeff Broadwater is the author of several previous books, including James Madison: A Son of Virginia and a Founder of the Nation.
For more information about Jeff Broadwater, visit the Author Page.

Troy L. Kickler is a research historian at the North Carolina Office of Archives and History.
For more information about Troy L. Kickler, visit the Author Page.

“A valuable reminder that the United States was neither inevitable nor the work of a few Virginians.”--North Carolina Historical Review

“An impressive collection of essays that reflect the variety of approaches taken and attitudes held by North Carolina’s Revolutionary generation. . . . Providing a fresh look at these founders and their stories. . . . Broadwater and Kickler have successfully presented a volume that engages with a neglected part of the history of the American Revolution and early republic and brings North Carolina back to the historical stage.”--Journal of Southern History

“This book is the first significant addition to the history of Revolutionary North Carolina in a generation.”--William A. Link, University of Florida 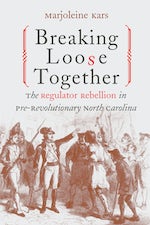