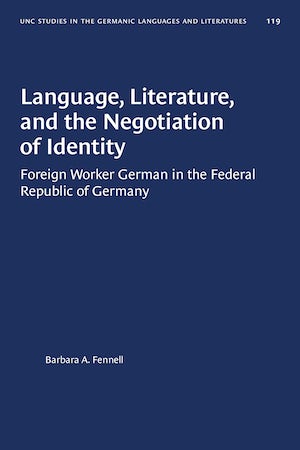 This study examines the way in which the identity of foreign workers and foreign writers in Germany is negotiated on the basis of language use and literary activity. The book presents an in-depth look at the history of immigration to Germany since the turn of the century and a description of the social situation of foreigners living there at the dawn of the twenty-first century. It emphasizes the variable nature of the German used by foreign workers in the Federal Republic and documents changes that have occurred in the field of Gastarbeiterlinguistik, in particular the shift of focus away from universal features to interpersonal aspects of foreigner-native communication. Foreign worker German is neither pidgin nor creole but rather a range of lects, some of which are fossilized at a very low level, others of which progress toward the standard dialect. The work concludes with a selective history of foreign worker literature, which emphasizes the parallels between linguistic and literary development in the immigrant community.