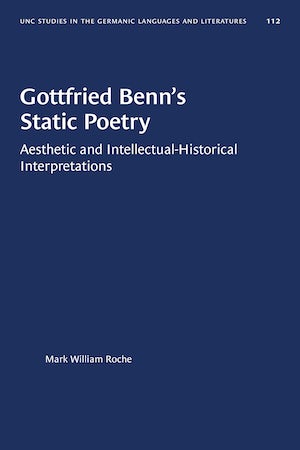 Benn's supposedly pure poetry of stasis is in reality an expression of opposition to nazi ideology, Roche argues, and should be viewed in the context of inner emigration. Nevertheless, Benn's opposition to nazism unwittingly rests on the same decisionistic foundation as the power positivism he deplores. Benn's well-intentioned critique of nazism is ultimately unsuccessful. The book concludes with a theoretical postscript that suggest ways in which intellectual history could be made productive for literary interpretation and provides arguments in favor of an "aesthetic" analysis attentive to both formal structures and philosophical coherence.

"Roche has demonstrated considerable hermenuetic skill in dealing with individual poems and has made a significant contribution to Benn scholarship with his four analyses."--German Studies Review

"Roche is willing to tackle authors whose texts are canonical and yet also pose difficult questions of interpretation and evaluation. Certainly a direct confrontation with Benn confirms Roche's audacity and his hermeneutic skill."--South Atlantic Review 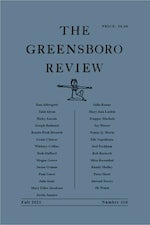